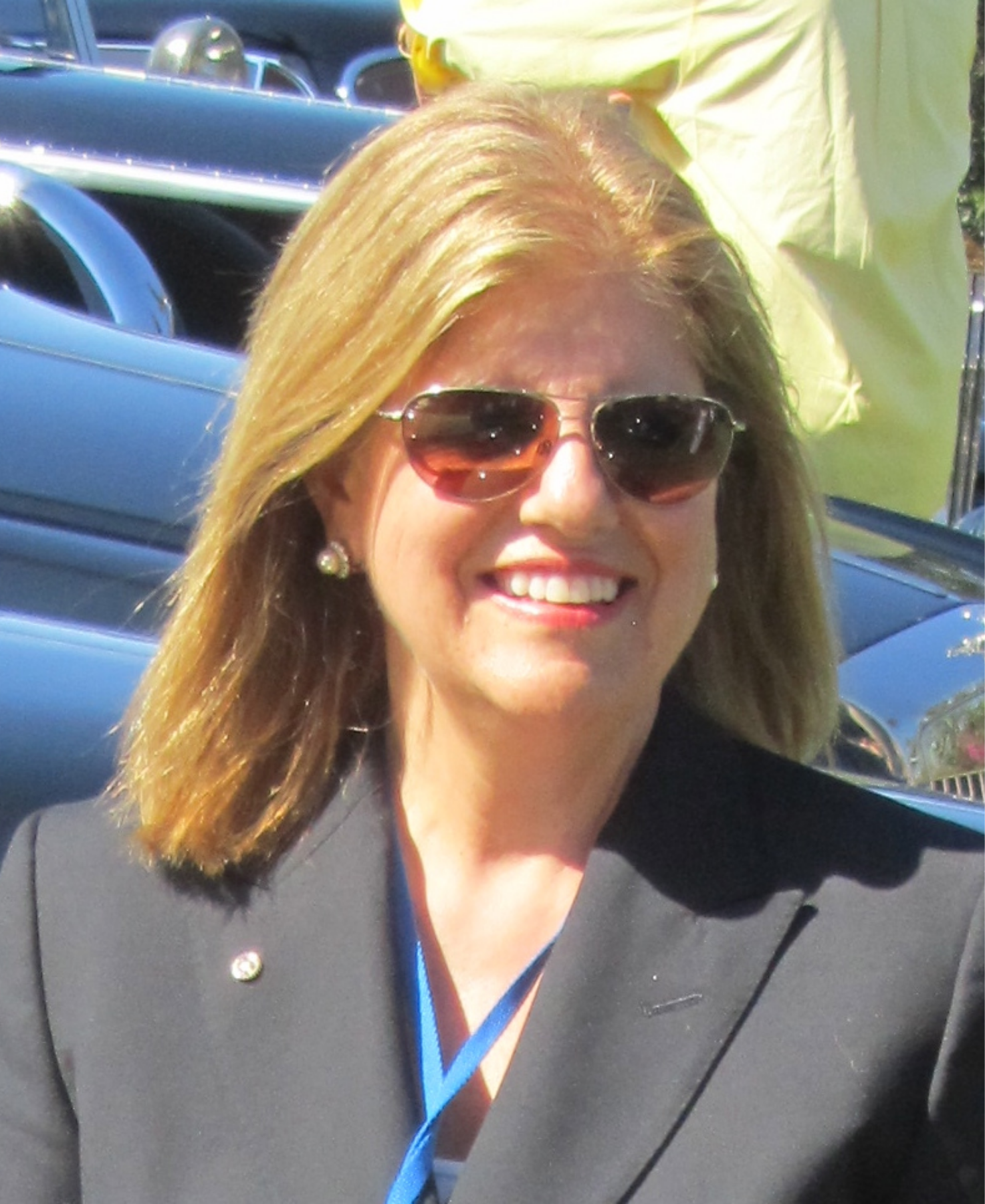 Sandy is a passionate motorsports enthusiast and Jaguar Club of North America certified judge. To her credit, she serves as the Associate Chief Judge for the Jaguar Club of New England and judges for both the New England and Southern Connecticut sanctioned JCNA Concours. She serves as the Chief Judge for the Vintage Racing Stable Charity Concours of NH and is a Board member of the Cool Cars for Kids Charity supporting the Philadelphia Concours. In addition, her current Concours judging includes the Greenwich and Radnor Hunt Concours; Concours on the Avenue-Carmel, Boca Raton, Chattanooga and St. Michael’s Concours; Cavallino’s Classic Sports Car Sunday, the Dream Ride and Lime Rock Historic Festival. Sandy is the founder of the Outstanding Judges Award. She has attended the Revs Institute Symposium and is a member of the Goodwood Road Racing Club, Classic Car Club of America and Ambassador to the RPM Foundation. She is a feature writer for Motorsports Marketing Resources-MMR. 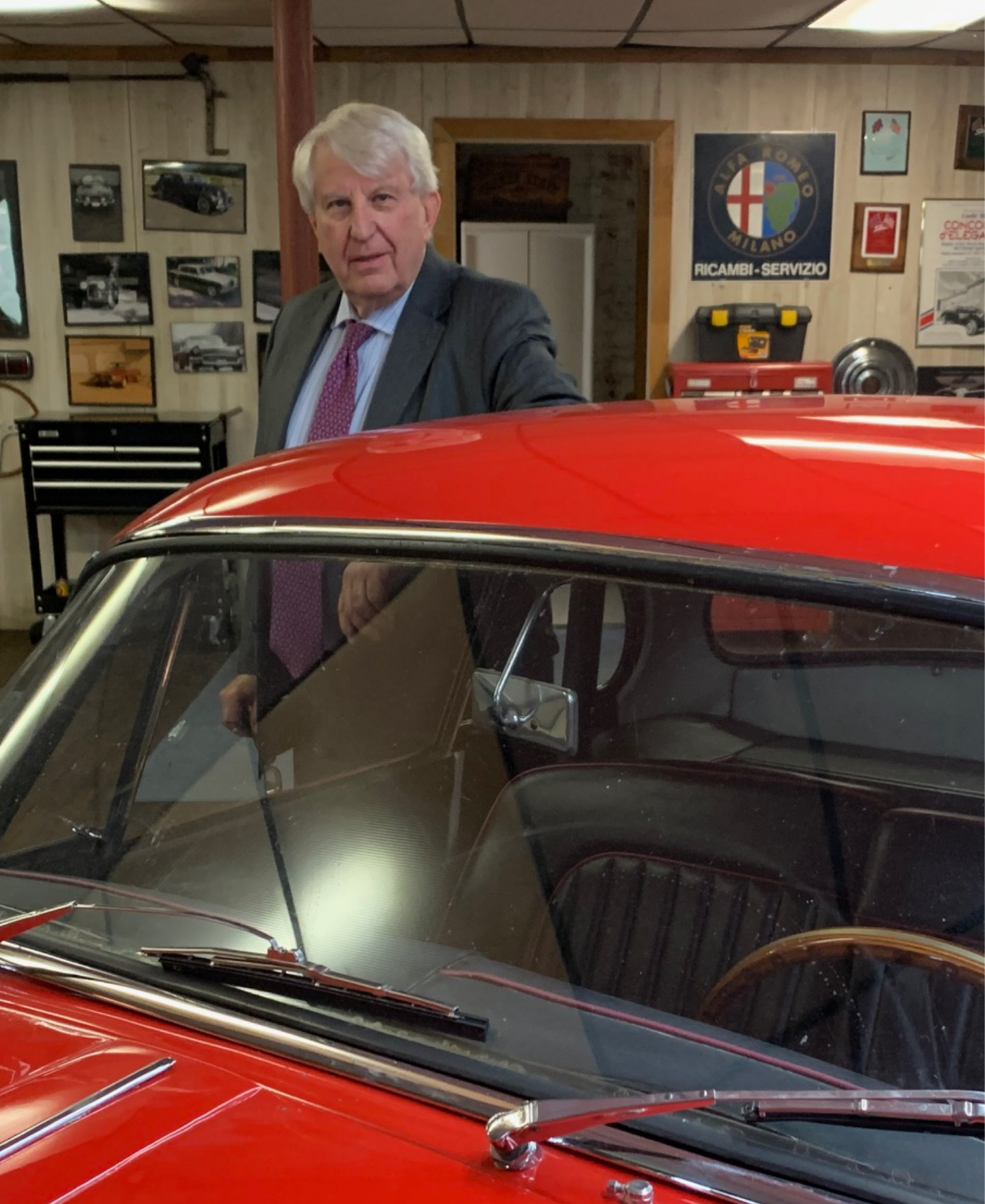 Steve Gordon serves both as the Master of Ceremonies for the Vintage Racing Stables’ Charity Concours and Class Judge.  He also judges for the British Invasion in Stowe, VT, Bristol Motorcar Event in Bristol, RI and both the Jaguar Association of New England and Jaguar Club of Southern New England as a JCNA Judge.  Steve is a member of the Rolls-Royce Owners’ Club and former Chair of the Yankee Region and RROC Judges’ School.  He is a Rally Master and member of the Aston-Martin Owner’s Club and former president of the Wachusett Old Car Club and the Clubs’ Rally Master and Concours judge.  Steve is a member of the Vintage Sports Car Club of America, enjoying being a vintage auto mechanic.  He has attended the Skip Barber Racing School, including the advanced course. 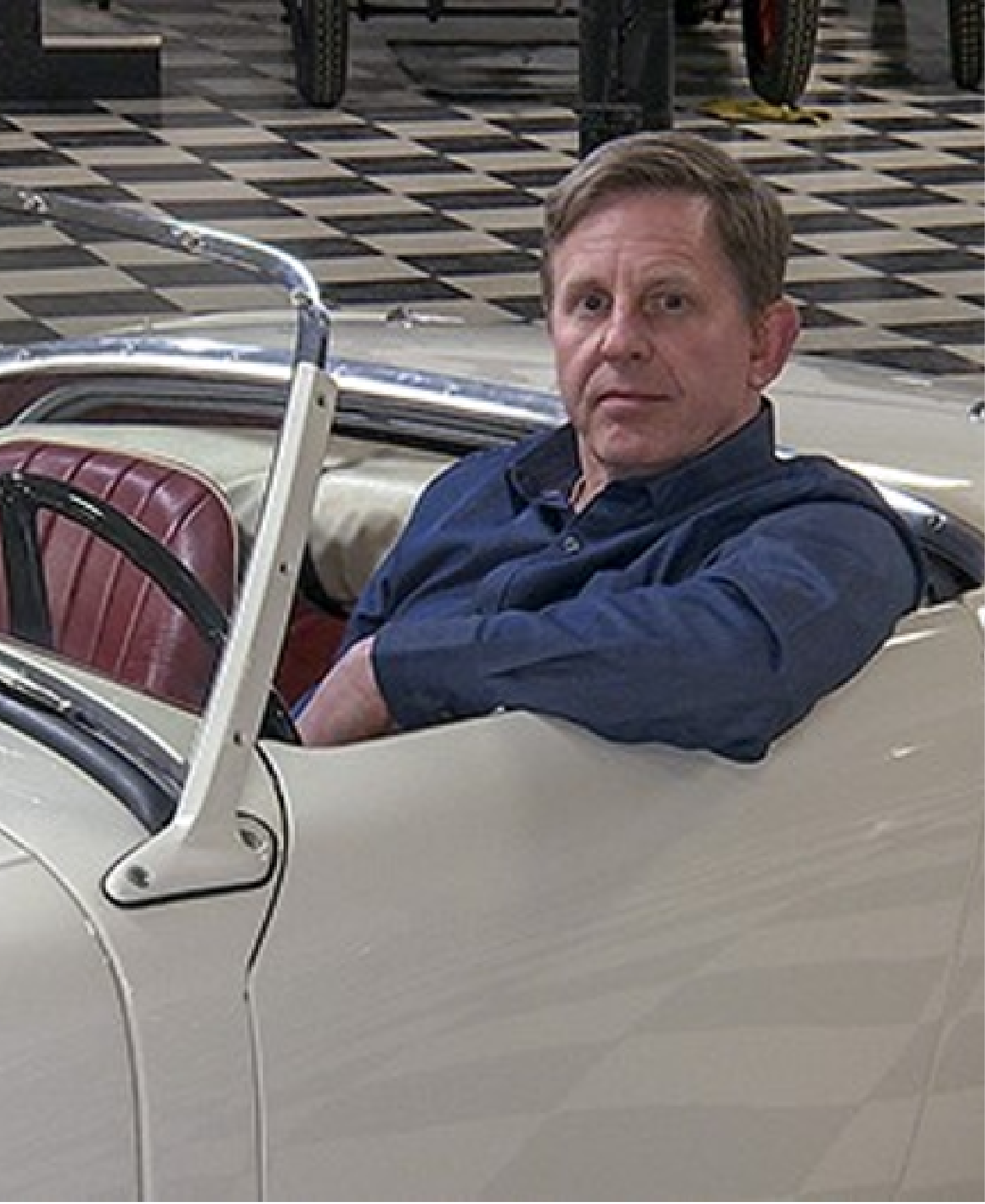 ⁠Like so many other car nuts, Dirk began early, at 14, his father, gave him his first British car project to keep him occupied. The trials of learning about and getting his first jalopy on the road developed into a lifelong automotive passion. Dirk has participated in well over 100 hundred car shows and Concours throughout North America and the UK either as a participant/contestant or as a judge that has broadened his understanding of the collector automotive hobby. In his not so ample spare time, Dirk has restored more than 10 post and pre-war automobiles. As a self-made DIY car nut, Dirk has learned how to start and complete automotive projects while still having fun and getting the projects done. So, when Dirk is not fending off the urge to start another project, he brings his love of all things automotive, to attending, judging, and participating in the worldwide automotive events. Dirk and his automotive adventures can be followed at ClassiciDriveTV on YouTube. 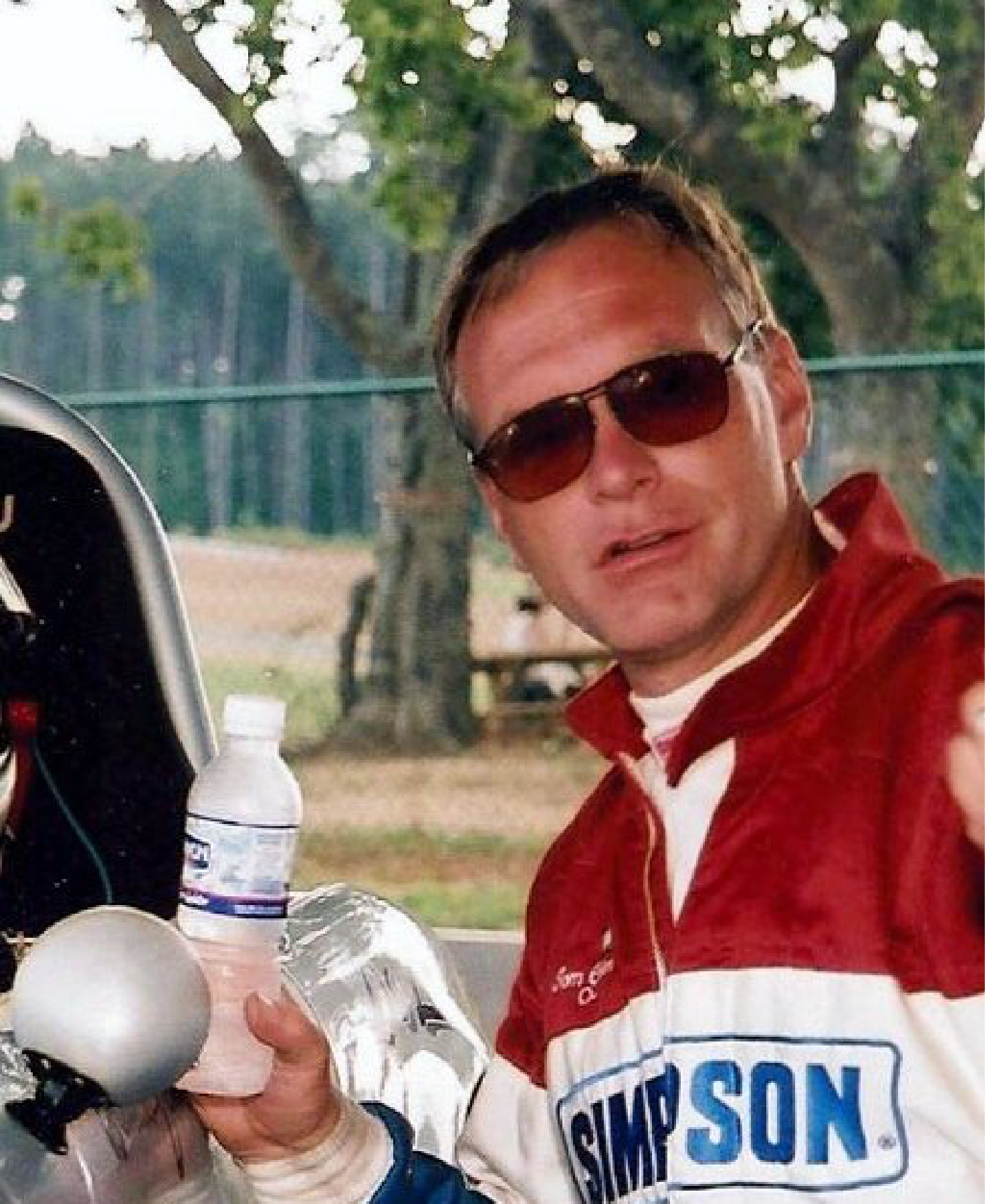 Tom Cotter is host of Hagerty’s Barn Find Hunter Youtube series. He has authored 18 automotive books, currently working on his 19th. Cotter spent 25 years in auto racing public relations and marketing, working with sponsors in NASCAR, Indy, Sports Car and drag racing. He maintains a car collection which includes a Cunningham C-3 and a Cobra,and races a vintage Corvette. He has judged at: Amelia Island, Florida; Greenwich, Connecticut; South Bend, Indiana and Hershey, Pennsylvania. He and his wife Pat live in Davidson, N.C. and Boothbay Harbor, Maine. 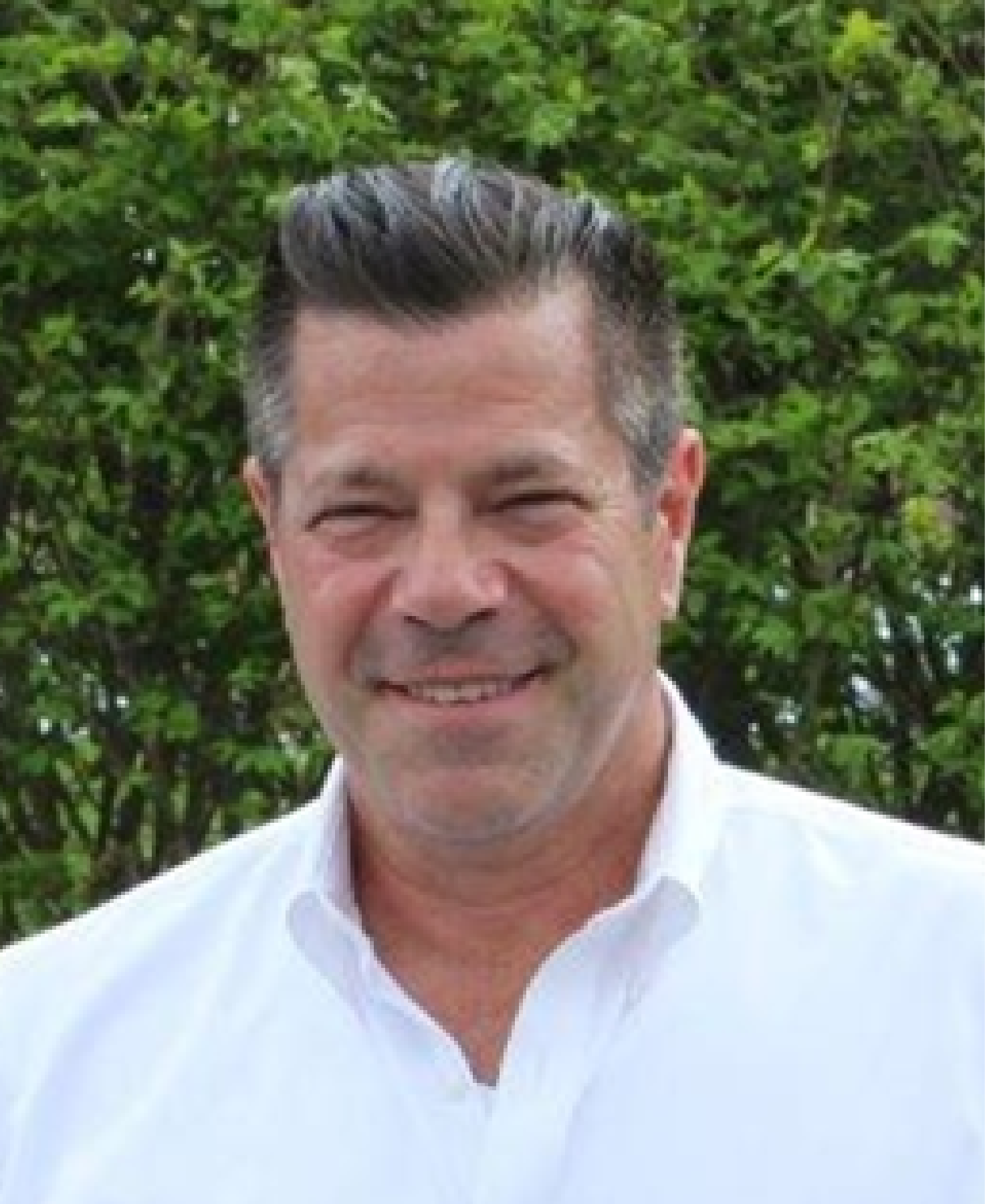 ⁠Dean is the CEO of Motorcars Incorporated in Plainville, Connecticut. He has been involved in the Automotive Restoration industry for over 35 years and is a certified judge for Concours d'Elegance by Jaguar Cars. He has also been responsible for the restoration and distribution of over 225 E-type Jaguars worldwide. Motorcars Incorporated has performed multiple North American winning Jaguar show cars in recent years and is proud to announce that in 2019 won 3 separate North American Champion Jaguar divisions. Dean is currently the New England Regional director for Jaguar Clubs of North America and has Created and Judged many Concours d’Elegance venues all over New England. Dean is the creator and Lead Judge of the Dream Show in Farmington Ct. which began in 2013. Dream Show is one day of a multi-day Cause Related Event that attracts vehicles and participants from all over the world. Deans judging team consists of 17 incredibly qualified and well respected judges from all aspects of the automotive industry. Dean was awarded the Dream Ride hall of fame in 2019 presented by Special Olympics and in 2020 was awarded the Andrew Whyte Distinguished Service award by Jaguar Cars for overall Automotive contribution. Outside of work Dean is a Vintage Jaguar Racing Hobbyist and he holds numerous records in slalom, road racing, and has earned multiple awards in automobile display and Concour. Jeff is on the Classic Car Club of America’s national board of directors, and director of the New England region. For nearly 30 years, he has run a specialty insurance agency for classic and collectible cars, Stonewall Insurance Group in Wilbraham, Massachusetts. He is a frequent judge at the Greenwich Concourse and Boston Cup and judged for the Elegance at Hershey and numerous CCCA events across the country. Jeff is involved in planning motorsports events, including the CCCA New England Caravan in 2016, involving 100 cars and 250 participants. He volunteers at the Wilbraham Hill Climb, a biennial reenactment of the historic 1908 climb up Monson Mountain Road, which was a proving ground for motorcycles and automobiles of the Brass Era. He is also a “Chowderhead,” a proud member of the infamous Madison Avenue Sports Car Driving and Chowder Society. ⁠R. Pierce Reid has been enjoying and working on vintage cars his entire life. After a successful career in marketing, he began restoring cars professionally. Within two years, his shop merged with The Vintage Garage which he purchased outright in 2016. He has served as Vice President (Technical) Pre-war of the Rolls-Royce Owners Club as an RROC judge and as Technical editor of the Flying Lady magazine. In addition, he has published more than 200 articles on mechanical restoration, automotive history and military history. He is widely recognized as a speaker and seminar instructor and has taught and spoken around the world on Automotive topics. 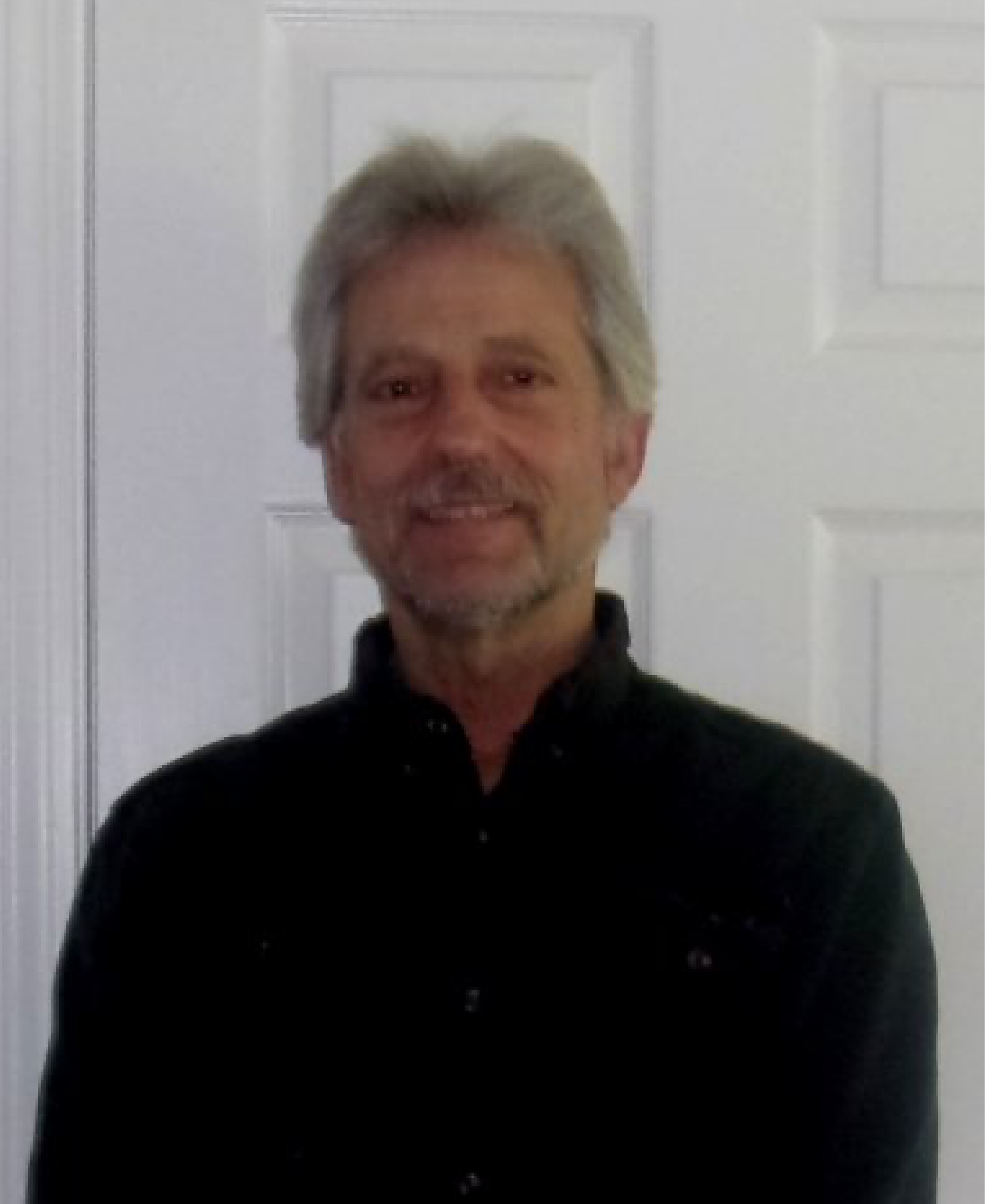 Jim has been involved in the automobile restoration business for over 40 years.  He has restored antique autos and built custom cars and hot rods which have appeared in a variety of events, including some of the largest venues in the country, winning both first place and best in show awards and even appearing on the cover of industry publications.  Jim has been involved in the Vintage Racing Stable Concours since its inception and maintains many of the vehicles in the Vintage Racing Stable collection. ⁠It all started when the well-known illustrator Sheilah Beckett drove herself to the hospital in her Austin Healey 100-4 one cold December day to deliver her son Sean. By age 2 1/2, Sean was a child-prodigy cocktail party entertainment, being shown pictures of various exotic cars by guests consisting of famous artists, photographers, and race drivers of the time. They were consistently amazed to discover he already knew the names of every machine! From day one, Sean always knew he wanted to be a photographer. He started taking pictures at 10 and continued through high school, shooting anyone and anything willing to get in front of his camera. He continued to the School of Visual Arts on a full merit scholarship while running his father's fashion photography studio. A no-brainer: follow in dad's footsteps, and start shooting fashion and beauty! Sean now shoots for numerous prestigious American and European automotive magazines and all the top auction houses and private commissions. And you still won't be able to stump him with any car. ⁠Joseph Fuller, Jr., grew up in a family of auto enthusiasts, a grandfather who was navigator for Bohumil Turek in the 1933 Prague to Paris Race, and an uncle who ‘ran’ cars in Queens. Being involved with cars remains a family calling. The depth and variety of Joseph’s knowledge come from experience in collecting, his hands on reconstruction of cars and trucks himself, racing and his spirit for design, via his profession as an architect. Mr. Fuller has judged for multiple years the Greenwich Concours, Scarsdale Concours, Danbury War Memorial Car and truck show, Vintage Racing Stable Charity Concours and was selected as a host member for the First New York City Concours. Joseph has an appreciation of the “Art of the Automobile” to the extent of participating in wheel-to-wheel racing and historic hill climbs, where he also finds a basis for his judgements on performance. Suzy Hiniker is an IAC/PFA Judge, the international advisory council that oversees the judging standards and preservation of Ferrari automobiles. She judges at Cavallino, Ferrari Club National Concourses and many regional car events. An avid car enthusiast, she frequently tracks her Ferrari 360 Challenge car and races in SCCA. Suzy has held the position of Chairman of the Ferrari Club - New England Region, and has held past club positions including Regional Director, Treasurer, Chapter President, and National Membership Chair. 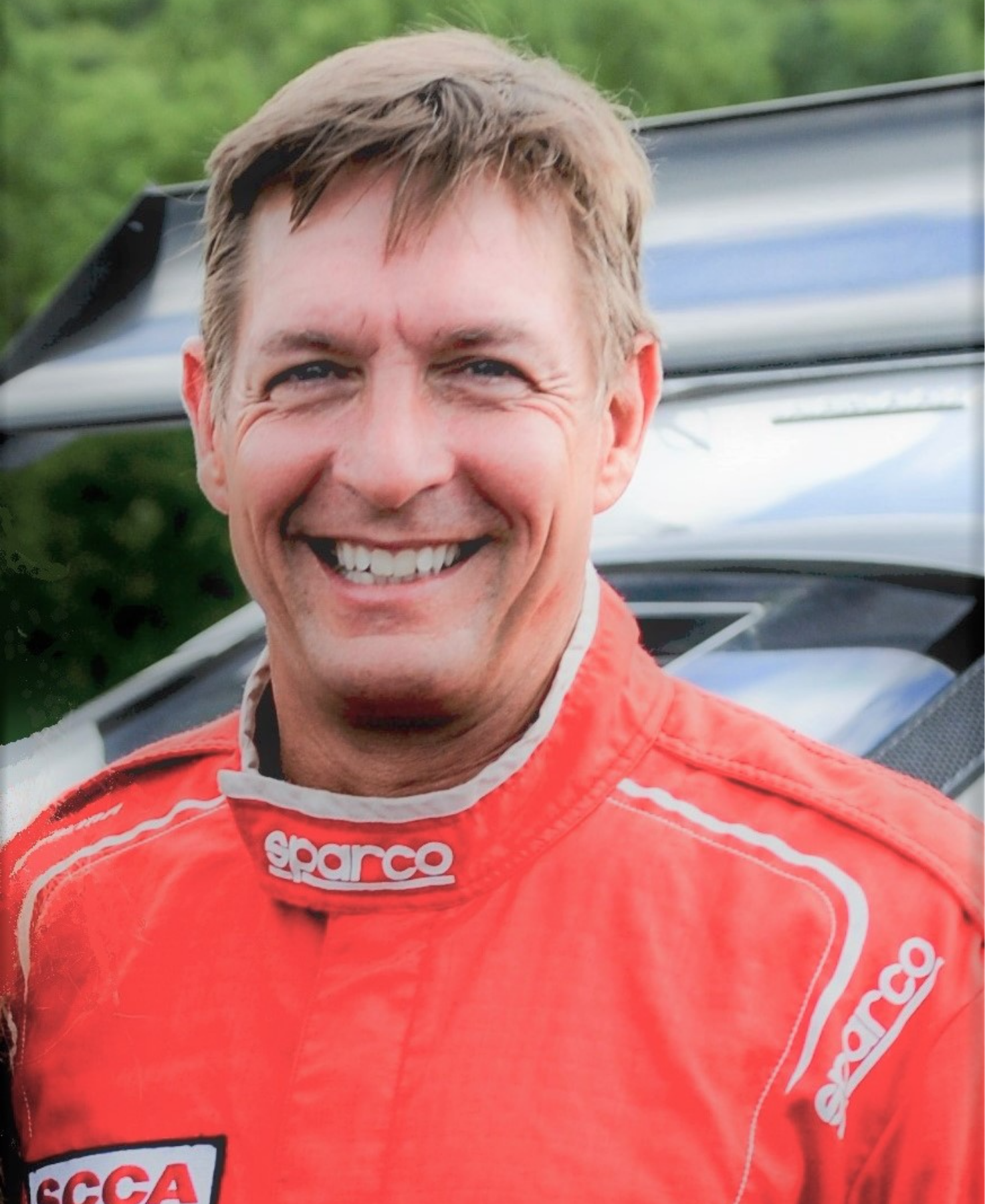 ⁠Gary Hiniker is an IAC/PFA Judge, the international advisory council that oversees the judging standards and preservation of Ferrari automobiles. He is a knowledgeable car enthusiast and collector who races in SCCA and tracks his Ferrari 360 Challenge Car. He currently holds the position of Chairman of the Ferrari Club - New England Region, and has held past club positions including Regional Director, Treasurer and Chapter President. Gary judges many local and national events including Cavallino and Ferrari Club of America National concourses. ⁠Andy is a licensed independent collector car insurance specialist at Hayden Wood Insurance, working with Hagerty, Grundy, American Modern and AIG. Currently, he writes for classiccars.com and is the auction columnist at Magneto magazine. He served as the auction columnist at Classic Motorsports magazine for 12 years and has also written for Grassroots Motorsports, Racer, Vintage Motorsport magazine and Victory Lane Jaguar Wild. From 1995-2002, Andy raced professionally in the NASCAR Winston West Series, Featherlight Southwest Tour and the Goodys Dash series. Andys’ concours judging has included the Hilton Head Concours, Radnor Hunt, Cincinatti and Greenwich Concours, Concorso Italiano, Milwaukee Masterpiece, Pinehurst and Lime Rock Vintage Festival. Using his creativity, Andy founded the Isolation Island Concours, a covid lockdown initiative for die cast model cars with more than 1000 models entered raising over $100,000 for charity. Andy himself, is an avid collector having owned over 200 cars, beginning with his first car at fifteen. 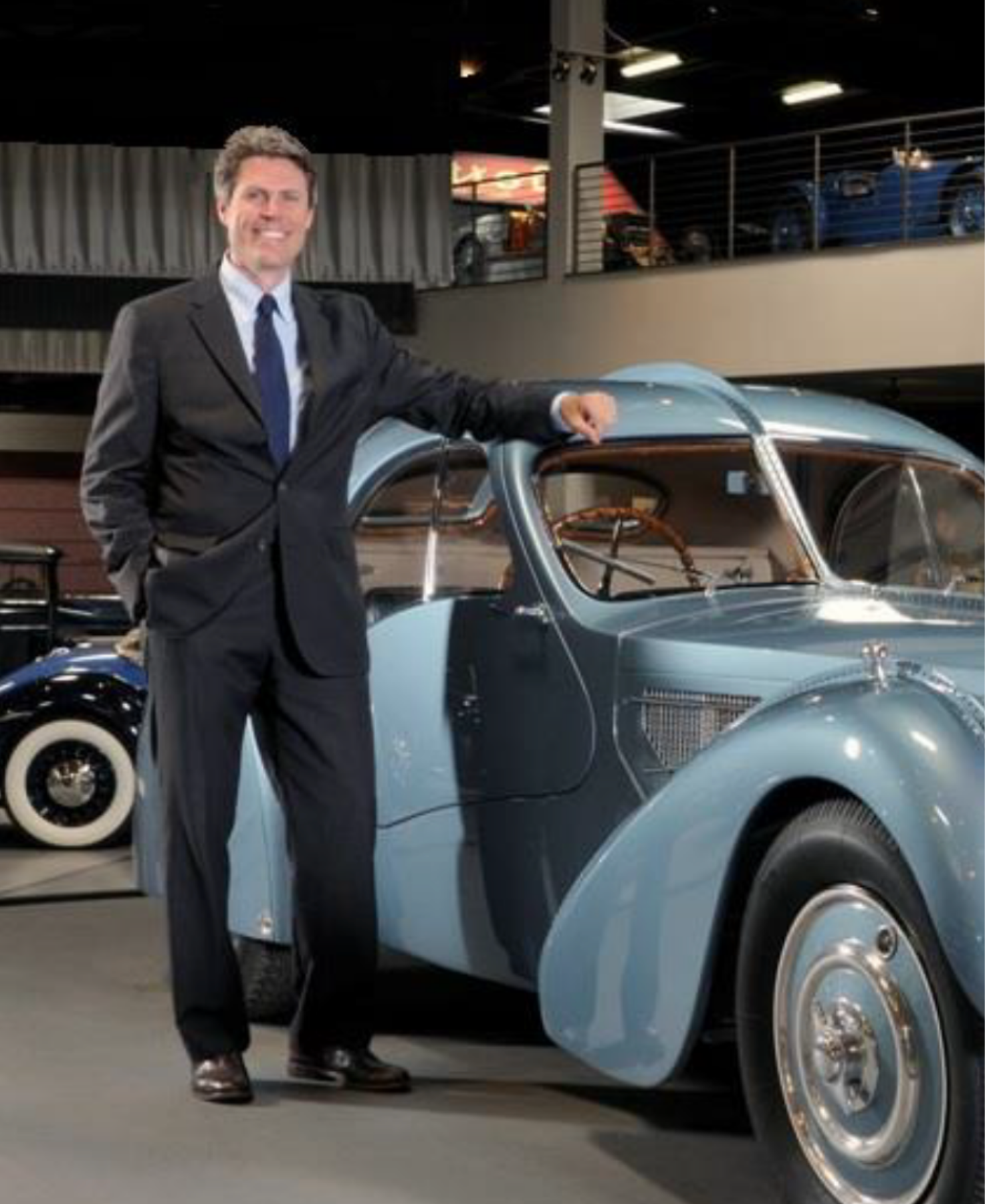 ⁠Andrew is a well-respected expert in the presentation and sale of automobiles and art with over fifteen years of professional work experience, in the field. Andrews’ qualifications as an appraiser have been a valuable asset to collectors and museums. From 2008 until 2011, he served as the founding Deputy Director and Chief Curator of the Mullin Automotive Museum. He has also worked with the Museum of Fine arts in Boston and four auction houses world-wide. Growing up the son of an historian and a car dealer and collector, Andrew has spent his entire life attending museum exhibitions, car races and Concours. He has spent time studying, living and working in Europe and is fluent in multiple languages. 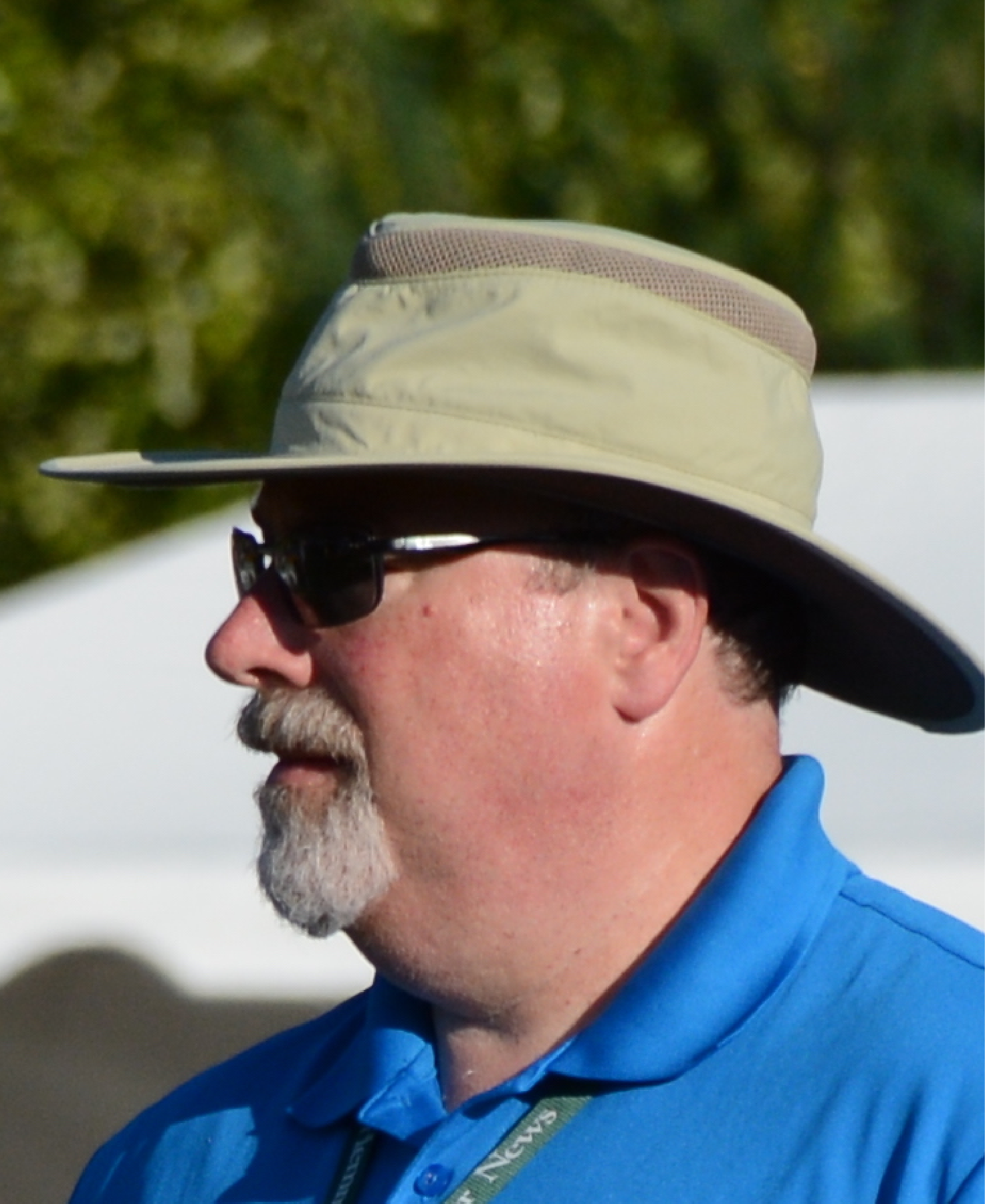 ⁠Kurt Ernst has had a passion for all things with wheels and wings for as far back as he can remember. After a career in business in marketing, he followed his true passion, writing about and reviewing cars. In 2013, this led to an editorial role with Hemmings Motor News, and in the ensuing years, he’s been an associate editor, a title editor, and now, a managing editor. Ernst played a pivotal role in the former Hemmings Motor News Concours d’Elegance, helping to fill categories as diverse as Lotus and the 50th Anniversary of the Datsun 240Z. An automotive generalist, Ernst is as happy talking to the owner of a Hemi ‘Cuda as he is conversing with the steward of a Detroit Electric or a Mazda Miata. He resides in rural Vermont with his (patient and understanding) wife, Kate.

Confirm
Are you sure that you want to complete this action?
Cancel
OK
QR Code
Close
OK